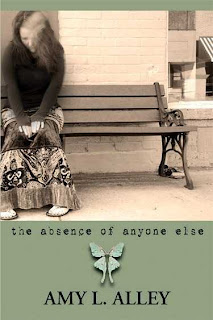 I called myself a writer. Not just to myself, but to the world. I had to, because the book I'd written was being published.

It sounds silly now, but for me, it created something of a personal identity crisis.

After all, I wasn't a writer. I was an artist. That was the personal identity I was connected to. That was how I saw myself.

But I'd never actually considered myself a writer. I simply thought of myself as artist who sometimes liked to write.

Writing the book changed all of that, because in order to publish it, I had to be bold. I had to call myself a writer. I had to take a risk that my work would be rejected, which it was, many times. And then, once the book was accepted for publication and released, I had to take another chance that people would hate it. That reviewers would be brutal. But they weren't. The risk paid off, as they so often do. Now, I'm not only an artist who writes, but I'm also a writer who paints.

But it almost didn't happen. The book sat on my desk for months in a manila envelope, it's existence known to no one but me, until I could finally take that necessary leap of faith and call myself a writer.

Personal identities...they become labels of sorts, whether good or bad, that we allow to define us. Which is okay, as long as we don't allow them to limit us. I am a writer. And an artist, a mother, a teacher, a poet, a knitter, a gardener...the list goes on and on. And that's just who I am today. Ten years ago, it would have looked quite different. Ten years from now, it will look different, as well it should.

Our personal identities create our realities. They determine the lives we will lead. They tell us who we are, and who we will become. In our own minds, they remind us of what is an isn't possible in our lives. And it can take years, even lifetimes, to realize that a personal identity we've been clinging to was wrong. That maybe, just maybe, we could have done, seen, had, or became just a little more.

If we dare to dream, we have to risk. And if we risk, we might lose. And dull, predictable lives are much easier to control than exciting dynamic ones.

Is it time for it to be?
Posted by PanPanStudios at 3:22 AM