On Being In the Driver's Seat...

My last post, On Doing It Scared, talked about the amazing book I recently read, Do It Scared, by Ruth Soukup. I have been exploring this concept a lot the past few weeks, after seeing a quote that read, "Sometimes, you have to do it afraid."

In my 20s, I lived in Detroit, and I would regularly make long distance treks across the country to visit friends and family back in South Carolina. I didn't think too much about these drives. I just did it. I began to know the route like the back of my hand, and I had favorite places to stop, landmarks that helped me keep up with the time left in the drive. These were also the days before GPS, I might mention. My handy roadmap was always nearby, just in case I got tired and missed a key exit, or suddenly everything seemed unfamiliar. These long road trips to and from South Carolina, as well as other places in and around the Detroit area (including driving in Detroit itself!) just became part of my normal.

But at some point over the last few years, I started telling myself the story that I was afraid to drive in heavy traffic. On Interstates. In big cities. 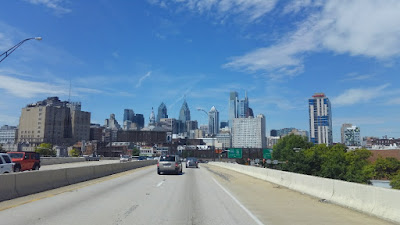 I don't have an explanation for this, the closest thing I can come up with is the osmosis of  'group think.' I have noticed that driving outside of the general area where they live seems to be a 'last frontier' for many women. If they are married or in a serious relationship, they often don't do any long distance or heavy traffic driving. It's left to their husband or partner. I have had many even tell me directly, "I don't do any more driving than I have to."

I think, somewhere over the years, I began telling myself this was my story, too. But it isn't. I had to step out of this story and own the one that had been mine before, years ago - that I am a competent and capable driver. That I can navigate long distances, interstates and heavy metropolitan traffic now just as easily I did in my 20s, when I lived and drove in one of the biggest cities in the United States. 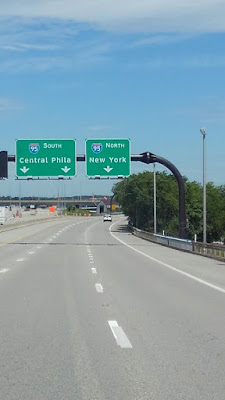 The result of this mindset shift was Summer Road Trip 2019! We took off to visit a place I have wanted to see for as long as I can remember - Amish Country in Pennsylvania.

We also visited some friends who live in New Jersey, but very close to Philadelphia, so we were able to spend some time in Philly! It was great to see them and experience the city.  So many fun and happy memories made!

These friends were kind enough to take us north a bit to visit another friend who lives right outside of New York City. I haven't seen her in over 10 years, and it was great to be together again, see her area of the world, have a chocolate raspberry coffee at the shop where she performs live several times a month. 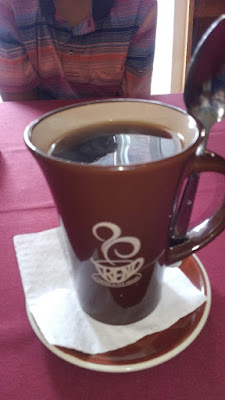 It was such a great trip and amazing time there...I could easily digress and let this slip into a travel blog, so I will pause here to say, yes, I did it afraid. Totally. Afraid of getting lost. Afraid I would have car trouble and be stranded. Afraid of having an accident. Afraid of driving in heavy traffic. But none of these fears were founded in anything other than the abstract concept that these things can and do happen. Not just on long road trips, but also driving around our own towns and communities. And I will tell you a secret - there's an amazing sense of empowerment that comes from rewriting your story, changing your mindset, rephrasing your current dialogue.
Yes, there were times the drive was scary. But not outside of Baltimore, MD, a city so big that the Interstate runs through a tunnel underneath it; not outside of Washington, DC, where there's exit signs for Pennsylvania Avenue; not outside Richmond, VA. It got scary outside of Charlotte, NC, a city I have driven in and around numerous times and is somewhat familiar to me. I would never have imagined that this was where things might get a bit hairy, but that was the reality. Thank goodness for GPS and roadmaps, and older highways that take a bit longer but can still get one home.

I'm so glad I tackled this before "I don't drive more than I have to," became a permanent loop in my mind. And I'm sure that like so many others, I would hand over the wheel in an instant if there was someone else there to drive. It's much easier to be a passenger, after all. But being a passenger because someone else wants to drive is different than a fear of being in the driver's seat. Fear shouldn't hold us back if there's places we want to go and things we want to see and no other driver to take us there. We should be able to slip into the driver's seat, not only of our cars, but of our own lives, when the urge to see and do and be someplace new is the one we need to follow, and we are the only means of getting ourselves there. 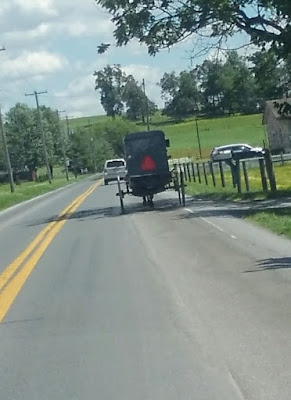 Posted by PanPanStudios at 4:48 AM

Email ThisBlogThis!Share to TwitterShare to FacebookShare to Pinterest
Labels: amish country, do it scared, doing it scare, driving, Ruth Soukup, stories we tell ourselves.